About The Coronation Lamp Memorial

Book Direct with the Owner at The Coronation Lamp Memorial with Accommodation Brisbane in Mount Morgan, for all your Attraction and travel needs.

Mount Morgan's Coronation Lamp has been the site of the old mining town's ANZAC Day celebrations since 1916. The lamp commemorated the crowning of King Edward VII and honoured Mount Morgan troopers who fought under the Union Jack in the Boer War of southern Africa. Erected in June 1902 at the intersection of East and Morgan Streets, the lamp later became the assembly point for political and union rallies, and during WWI, recruitment campaigns. It also witnessed victory celebrations when the war ended. The lamp is cast iron, standing 4.5 metres high. Originally a gas light, it was out of service after 1924 when gas lights were phased out, and remained unlit until its conversion to electric light in 1933. The lamp was relocated to ANZAC Park in 1947. A further WWI memorial has been built in ANZAC Park- a tall white spire topped with a light. Two German trophy guns flank the memorial, surrounded by Gallipoli pines and gums. 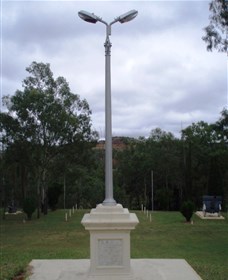 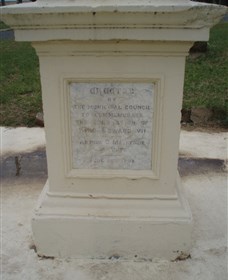 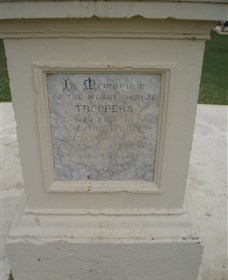 Accommodation Brisbane welcomes The Coronation Lamp Memorial in Mount Morgan QLD, we offer an experience that takes you on a journey of a life time in Mount Morgan. For all your attraction and things to do, book your adventure today.

Is The Coronation Lamp Memorial in Mount Morgan your property on Accommodation Brisbane, please claim your listing and subscribe to update your contact details and receive your phone calls and emails from your clients.

Why is it important toClaim my Listing